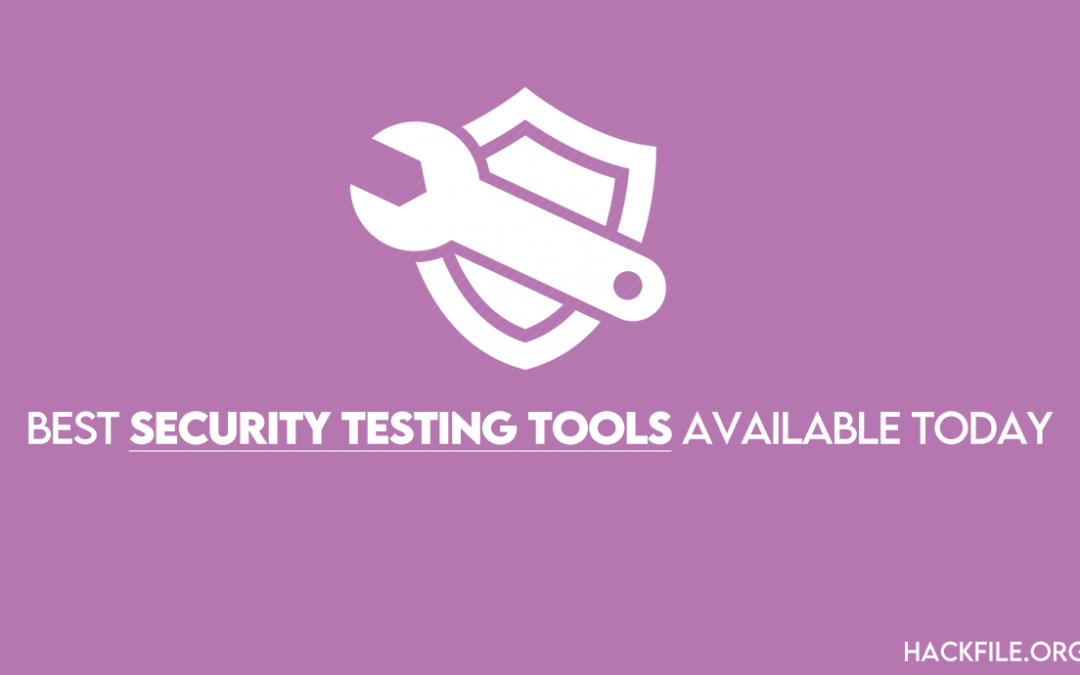 Security vulnerabilities are more rife than ever now in 2021, from exploiting source code with cross-site scripting (XSS) to SQL injection there are now a wide range of known vulnerabilities which make application security and pen-testing more important than ever.

Within this article, we will be covering some of the best security testing tools that security professionals use today, from OWASP and Nmap to Metasploit and Nessus. We aim to provide future the next generation of penetration tester the tools required to perform tests, identify security holes and issues & prevent against future attacks.

Read more: How to test the security of a website

Hitting in at top of this list is one of our personal favourites and we can almost guarantee that unless you’ve been living under a rock, you’ll have at least heard of this framework.

Metasploit is one of the most widely recognised automated penetration testing frameworks in the entire world, it helps professional teams manage their assessments as well as arming them with the defensive tools they need to stay on top of their game.

This open source security software has plenty of benefits, some of which are as follows:

Testpad is a simpler and more approachable manual testing tool that is excellent for testing web applications. It prioritises practicality above procedure and employs checklist-inspired test plans that may be converted to a variety of approaches, including exploratory testing, the manual side of Agile, syntax-focused BDD, and even standard test case management.

Zed Attack Proxy (ZAP) is a free, open-source penetration testing tool managed by the Open Web Application Security Project (OWASP). ZAP is a web application testing framework that is both versatile and extendable.

ZAP is essentially a “man-in-the-middle proxy.” It sits between the tester’s browser and the web application, intercepting and inspecting communications transmitted between the two, modifying the contents as needed, and then forwarding those packets on to the target. It may run as a standalone programme or as a daemon process.

Traceroute, often known as tracert, is a software that uses ICMP packets to record the path from one computer to another via the internet. It computes the time spent on each hop as the packet travels to its destination. To ensure accuracy, each hop is queried numerous times (in this example four times) to properly assess its answer.

This tool is often used to identify hiccups or disruptions in data flow and locate where they occurred in the chain. This IPv4 or IPv6 traceroute is unusual in that it allows you to test many sites at the same time. This allows you to rapidly check whether there is any packet loss or unusual delay to the specified IP address or hostname. A CDN may significantly reduce latency by shortening the distance between hops.

It’s no surprise that simple or ineffective passwords prove to be the easiest vulnerabilities to exploit. Hackers tend to target and attack passwords of accounts first before digging even deeper.

John the Ripper is perceived in the community to be an essential and effective way to crack passwords and the tool provides multiple systems to fit this purpose. Penetration tests sometimes make use of this tool although it’s not common and comes down to a pen testers personal preference.

Again, completely open source allowing for competent developers to adapt the software to their own specific needs and demands.

Kali Linux is a special type of Linux distribution developed for performing a pentest. It won’t be much of a surprise if you’ve already heard of this one though, with most industry-leading experts believing this to be the best tool for injecting and password sniffing.

To use Kali Linux to its full potential though, it’s recommended that you gain a sturdy understanding of the TCP/IP protocol.

It comes as no surprise that just like every other tool on this list so far, Kali Linux is also an open-source project.

SQLmap is a takeover tool aimed specifically at database takeovers. This tool supports most of the mainstream database platforms such as: SQLite, MySQL, Access and Sybase. Yet another open-source tool that can even make the process of database exploitation automated.

Last but not least on our list is Wireshark. Wireshark is a network analyzer that has even won awards! Through using this software, you can quickly capture and analyse network packets with the ability to apply advanced filters.

Wireshark is an open-source packet analyzer that is free to use. It is used for network troubleshooting, analysis, the creation of software and communications protocols, and teaching. Due to trademark difficulties, the project was renamed Wireshark in May 2006 after being known as Ethereal.

It offers the ability to investigate the smallest details for activities throughout a network.

Optional adding of coloring rules to the pack for rapid, intuitive analysis.

Finding the right tools to use for your trade doesn’t have to be an overwhelming and daunting task, the tools we have pointed out in this article are some of the best available for developers. Not only that, the majority are noted and still used by industry-leading experts.

If you liked this post. Why not check out more penetration testing articles we’ve written?