How to Practice Penetration Testing: A Beginners Guide 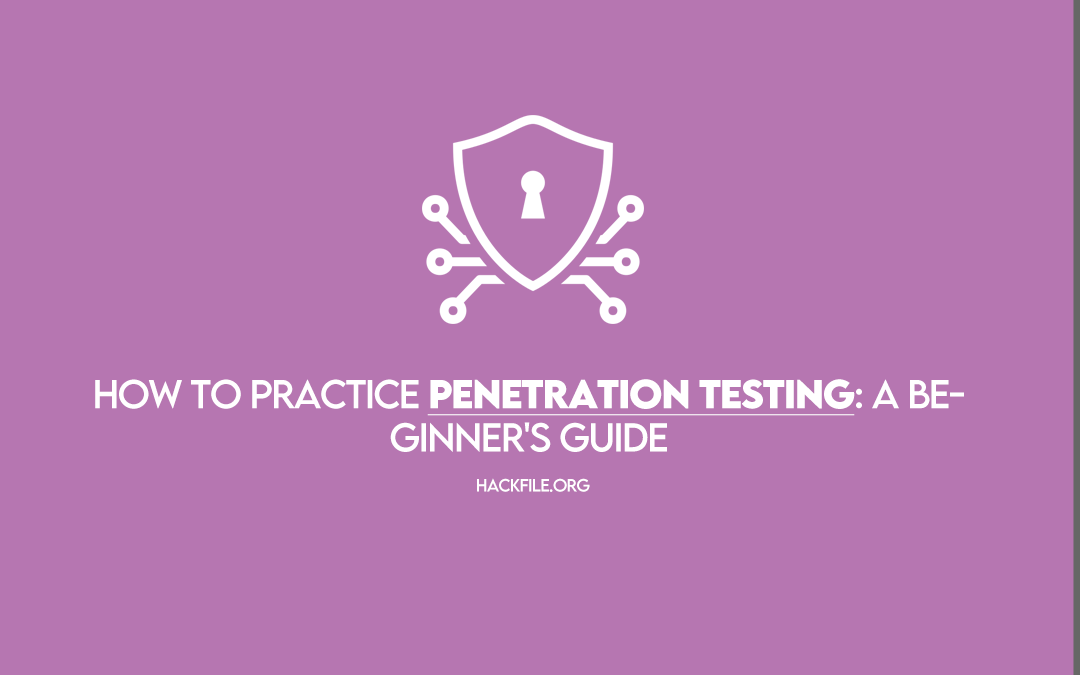 Security penetration testing has evolved into a professional practice in the past few years. Nowadays, security professionals, including ethical hackers, are paid to test and find vulnerabilities in the most secure networks.

The purpose of this post is to provide you with the basics of penetration testing and it’s start-up process. During this presentation, we’ll discuss some of the most common methods and tools used to test a network, as well as a few penetration testing tools you might want to use for your own practice.

Penetration Testing: What Is It?

Rather than solely focusing on how to begin learning to practice penetration testing, it’s important to have some understanding of what it is first.

In recent years, cyber attacks on manufacturing industries have increased significantly throughout the United States and other countries. In order to make sure everything on your network box is operating as planned, it’s more important than ever to carry out ongoing scans and tests.

During penetration testing, a network or associated devices are attacked in a controlled manner to try to discover any flaws or vulnerabilities. A pen test can also prove useful for companies that have a security policy in place to ensure their system is up-to-date, especially if a real hack occurs. An ethical hacker performs penetration testing, also called ethical hacking on diverse aspects of the network, ranging from testing external network security to testing mobile application security.

It is critical to conduct penetration testing to prevent data loss caused by a successful cyberattack on your system or network, attacks that can negatively impact a business. Whenever there is a data breach, the time takes more to contain it, so if your employee or employees are taking an abnormally long time to contain it, it will be costly. In addition to any fines that may be incurred for not complying, depending on the amount of sensitive information breached.

Furthermore, pen testing is important because it identifies previously unknown vulnerabilities in a network. Regardless of whether you are testing web applications or software, ensuring that there are no exploits in your network is essential. Security audits must be performed to ensure hackers do not have the capability to exploit them.

What Is A Penetration Tester?

A penetration tester is someone skilled and competent in cyber security methods and techniques and can use them to test the extent and effectiveness of a businesses network security.

As a penetration tester, you are responsible for exposing weaknesses in the security of computer systems that hackers could exploit. There are several ways in which you can specialize in manipulating a particular system, including:

System security may be a crucial function of a large company where you work in-house. As a security consultant or risk manager, you might work with companies to test their systems for vulnerabilities. Furthermore, it is possible to work as a freelancer by securing contracts from organizations.

Pen testers and ethical hackers are both terms used for penetration testers.

How To Do Penetration Testing

Penetration testing is a complicated process of testing the security of a network and usually is performed in phases depending on the client and requirements needed. What works for one client may not necessarily work for the next one and so on. However, the next section covers the basic process of how to perform a pen test.

How Is Penetration Testing Conducted?

Below are the phases that would usually comprise a penetration test and would be followed by the security professional.

The tester will use several sources to gather as much information about the target as possible, including operational analysis, threat intelligence generation, and appealing network services enumeration. Pentesters can also gather data about enterprise systems, which are also publicly accessible, in addition to publicly available data.

The information regarding targets is more relevant when it is gathered by web crawlers and Internet statistical collection systems, rather than by company employees. The information about operating systems, web server applications, scripts, and other aspects of the web application can be obtained online via a variety of sources, regardless of whether that web application is under test or not.

Infiltration of the targeted network follows the establishment of a threat model based on discovered vulnerabilities. There can be holes that cannot be exploited, such as DMZs, firewalls, browsers, or old network devices outside the scope of the test.

To gain access to a target device, a penetration tester must find holes that can be exploited. Furthermore, while testing the target network, the tester is collecting more detailed information.

Testing systems are injected with agents as soon as testers gain access to them. Regardless of whether the system is rebooted, reset, or updated by the administrator, the agents will remain in the system, retain their access, and remain active.

After gathering data for the test report, each exploited system will be cleaned after the exploit and maintained access phase. The clean destroys temporary files, executable binaries, scripts and all other components that are expected to be in the environment.

After the cleanup process is completed, ensure that all back doors or rootkits have been removed by returning the system configuration to its original state. The importance of restoring any changed credentials and removing any created new usernames cannot be overstated.

Following the pen test evaluation, the seller submits a consumer survey; it is an instrument that gives a more accurate expression of the results, addressing both technical teams and corporate executives.

The pen test report should include an executive summary in which the test plan is outlined in business terms and the results are ranked according to risk. This section could be a little brief, since the business staff will be able to determine which concerns pose an appropriate level of risk, and what should be addressed.

The study should also present technical details that are precise and descriptive and avoid statements that are general or abstract. In this section, the engineering team will address any security flaws found during the penetration test.

What Are The Goals Of A Penetration Test?

The purpose and goals of a penetration test can vary depending on a businesses requirements and needs, however the general idea is to explore your network or a business network from the perspective of an unethical hacker, and begin to understand potential weaknesses within your infrastructure and plan a course of protecting the network from them being exploited.

What Tools Are Used For Penetration Testing?

There are a plethora of different tools available at your disposal.

For example, tools like Kali Linux and Metasploit can assist you in many ways, Kali Linux has built-in tools which all have simple to use GUIs, making it easy for anyone to learn how to do everything from port scanning to password sniffing and brute force.

However there are also other tools such as nmap and wireshark which can assist a pen tester in sniffing packet data within a network and pinpointing information about both incoming and outgoing packet data.

Depending on your requirements, there is a free tool available to cover it.

What Requirements Are There To Become A Penetration Tester?

A sizable number of people are under the belief that you need to hold degrees and have an extensive knowledge in order to become a penetration tester, however, this is a misconception. To be able to enter this industry you just need to have a demonstrable ability to perform a pen test coupled with an in-depth knowledge of systems.

While a degree and related role experiences are usually more favourable, it is not completely unheard of for someone who pen tests as a hobby to land themselves a junior position with a reputable company through skill alone.

How Much Does A Penetration Tester Make?