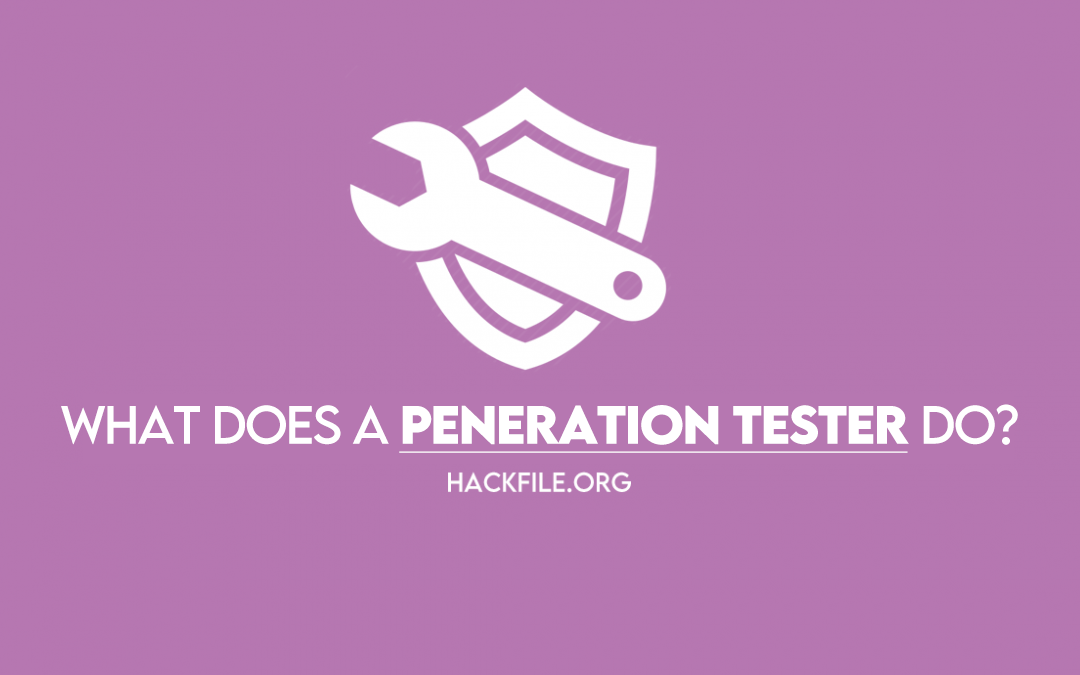 A penetration tester is someone who uses various techniques to identify vulnerabilities in a network or computer system. They can use a variety of tools to do this, but one of the most common is a network sniffer.

What Is A Penetration Tester?

Pentesters actually significantly assist businesses and organisations when it comes to identifying and resolving vulnerabilities within their security. Weaknesses which affect their digital assets are protected by these people.

Pen testers often hold in-house positions with a permanent employer working as an integral part of a cybersecurity team, while others work for specialist firms. There’s also freelancers working out there in the cyber world.

When it comes to industries heavily involved with sensitive data or information will bring in penetration testers in flocks. Some of these employers also give weight to experience over formal education although a degree is going to help you a lot when it comes to opening doors in the industry.

The cyber security industry draws in curious, ethical minds who either master, or develop their own advanced technical skills and abilities. There’s an increased demand in penetration testers with the need set to soar further in the years to come.

What does a penetration tester actually do?

Penetration testing is the name given to someone who attempts to breach weaknesses within digital networks. Some job titles carry the term “ethical hacker” or “assurance validator”, however they all entail the same premise.

The main duties of a penetration tester entail seeking, identifying and attempting to breach

Some penetration testing jobs carry other titles, such as “ethical hacker” or “assurance validator.” These terms reflect the main duties of a penetration tester (or “pen tester”): to seek, identify, and attempt to breach existing weaknesses in digital systems and computing networks. These systems and networks include websites, data storage systems, and other IT assets.

Penetration testing teams simulate cyberattacks and other security breaches designed to access sensitive, private, or proprietary information. They utilize existing hacking tools and strategies as well as devise their own. During a simulated attack, pen testers document their actions to generate detailed reports indicating how they managed to bypass established security protocols, and to what degree.

Penetration testing makes use of cyber-security experts, usually within an organisation but sometimes not, to attempt to find an exploit known and potential vulnerabilities within a network environment. This could be the server itself which hosts the infrastructure, or all of the devices connected to it.

The sole purpose of this security exercise is to pin-point weaknesses within a network infrastructure in order to further protect organisations from having their data compromised by an attacker and taken advantage of.

What Is Automated Penetration Testing?

This type of penetration test is usually performed by penetration test experts with assistance from other specialists. Manual penetration testing is the name given to this test procedure. Manual testing requires long durations and high levels of attention. It becomes stressful and time-consuming.

What Is The Purpose Of A Penetration Test?

The primary purpose of a penetration test is to locate and document any weakness within an organization’s infrastructure. Once the hole in security has been identified, the server administrators use the information gathered to alter and fix it.

Testing lets companies determine the effectiveness of their security policies. Some policies may have weaknesses that attackers can exploit when employees adhere to them.

Another possibility is that the employees do not fully understand the policy. Maybe the organization’s policy needs to be revised or the training program needs to be improved.

Among the tests are those that assess employees’ responses to phishing, social engineering, and the like. In addition, they may identify employees who require additional reminders and determine how effective the training has been. Testing can reveal areas where training failed.

Even in environments that are well protected, security incidents can still occur. A test of how well IT and security personnel respond to such situations is imperative. Using this approach works best when the people handling the incident don’t know if it’s a test or a real attack.

What Are The Duties Of A Penetration Tester?

The majority of pen testers’ time is spent conducting assessments and running tests. Testers work on site or remotely, with projects targeting both internal and external assets.

As the testing team or testers begin the day, they establish a strategy for the project and set up the required tools. In some cases, this may involve gathering what is known as “open source intelligence,” which hackers rely on when they are attempting to dodge security measures and launch attacks.

As the afternoon approaches, teams are ready to implement the tests they designed in the morning. One team might act as hostile outside hackers, while another assumes the role of the cybersecurity personnel assigned to stop them.

Other duties include conducting simulations designed to assess other aspects of internal risk. During penetration testing, penetration test teams may perform phishing scams on select employees to see what type of responses they receive and how those responses affect existing security protocols.

As a result, penetration testers are required to perform a wide range of tasks.

What Degree Is Needed To Be A Penetration Tester?

It’s not completely unheard of for an employer to accept several years of relevant work experience or demonstrable skills over an actual degree, however it’s no surprise than the vast majority tend to favour those with at least a bachelors within a relevant field.

It is recommended that candidates learn about and gain experience with a variety of operating systems, programming languages, and security software, depending on the systems used by employers.

How Much Does A Penetration Tester Make?

Depending on your experience and position, you can earn between £40,000 and £65,000, rising to £70,000 as a manager or team leader. The figure can, however, vary greatly depending on the sector you work in. An independent penetration tester can expect to earn up to £500 per day.

What Skills Are Required To Become A Penetration Tester?

On a personal level, one of the main skills required to become a penetration tester is to possess the ability to think creatively and strategically to penetrate security systems.

It is also a good thing to be organised when it comes to time management and have the ability to meet client deadlines. Ethical integrity is required to be trusted with a high level of confidential information. You should also hold the ability to think laterally and ‘outside the box’.

On a professional level, you will need to possess skills such as:

What Tools Do Penetration Testers Use?

Back in the golden days, ‘hacking’ wasn’t a common skill, let alone an entire industry. This was in part owed to the massive amount of manual tinkering and fiddling in a time with more limited technology.

These days though, we even have automated testing tools that are effectively computer enhanced humans that can test and provide more in-depth data than ever before. The day-to-day life of a pen tester is made through the tools they use, so here’s a list of some tools used by testers.

There are plenty of other tools out there for pen testers to use and it’s all a matter of personal preference and what needs to be achieved.