What is penetration testing

Penetration testing is a process, usually involving a computer, that simulates an attack against another computer system or network with the sole intention of detecting and exploiting vulnerabilities. When it comes to web application security however, the context of the term ‘penetration testing’ more commonly refers to the augmentation of a web application firewall (WAF).

The final pen testing report that is provided gives more insight into your systems cyber health, and can be used to tweak any policies and patch any vulnerabilities that have been identified.

What is a pen tester

A pen tester is the person who primarily carries out the task of testing a target system’s cyber-security defences. Most penetration testers have explicit authorization to carry out attacks on the network to expose weaknesses within security that could potentially be exploited by criminals.

There are multiple specialties within the industry and there usually isn’t any one individual working on the entire process single-handedly, some of which are as follows:

You may work in-house for large companies where system security is a crucial function. However, more commonly you’ll work for a security consultancy or risk management organisation, where you’ll work with external clients testing the vulnerability of their systems. It’s also possible to work on a freelance basis, by securing contracts from organisations.

There is usually a pre-specified scope which needs to be adhered to with every project, however these are the basic principles of the stages involved in a penetration test.

The project scope is frequently contained inside a Statement of Work provided by the testing provider. This scope will typically contain the testing approach, and if any vulnerabilities are detected, an exploitation-depth will be provided.

Pen testing is a ‘white-hat’ method, which refers to attackers who adhere to specific rules of engagement that are outlined throughout the project scope, and the engagement itself should not disrupt corporate operations.

Because the intruder, in this case an ethical testing professional, may get insight and knowledge vital to the organisation, all parties must sign a non-disclosure agreement before the pen test method can commence.

Consider the following items as possible inclusions in the agreement:

The tester will next use a number of sources to learn as much as possible about the target, such as operational analysis, threat intelligence creation, and tempting network service enumeration. A skilled penetration tester can gather publicly accessible information, often known as open-source intelligence, as well as general information on enterprise-provided systems, which may be publicly available as well.

The tester will next use a variety of sources to learn as much as possible about the target, such as operational analysis, threat intelligence production, and attractive network service enumeration. A skilled penetration tester can gather publicly accessible information, referred to as open-source intelligence, as well as general information on enterprise-provided systems, which may also be publicly available.

This stage of the engagement investigates the target network’s flaws. The penetration tester will send probes to the target network, collect basic data, and then use the response to probe for further information and get new insights.

The output of this phase may comprise the following:

After defining a threat model and an attack strategy based on the discovered vulnerabilities, the next stage is to breach networks within the targeted network. There is no certainty that any uncovered weakness will be exploited; outside of the test spectrum, there may be a protected network, a DMZ, a firewall, a browser, a router, or obsolete network equipment.

In order to get access to the target device, the professional penetration tester will look for flaws that may be exploited. During this time, the tester is also gathering more comprehensive information on the target network.

Agents having system access will be inserted after the tester obtains access to a device. Furthermore, maintaining effective access ensures that these agents remain in the system and have access for an extended period of time, regardless of whether the system is rebooted, reset, or updated by network administrators.

Following gathering data for the testing report, the phase after exploitation and prolonged access ensures that every exploited system is cleaned. Cleaning, among other things, eliminates any expected agents, scripts, executable binaries, and temporary files.

The clean-up method should ensure that any installed backdoors or rootkits are removed, and the system configuration should be returned to its pre-engagement state. Any changed credentials should be restored, and any new usernames should be erased.

The vendor then sends out a customer survey; this report is the vehicle that effectively communicates the results of your pen evaluation, and it is aimed to two distinct groups: company leaders and technical teams.

The pen test report should begin with an executive summary that describes your penetration test strategy in business terms and identifies outcomes based on risk ranking. This section may be concise since it contains the most significant information that the customer needs to make decisions: what to repair may be decided by business personnel, and which issues provide an appropriate level of risk.

What qualifications/experience will I need to work as a penetration tester?

The prerequisites for becoming a penetration tester vary depending on a number of factors, including position and level of position. Junior testers, for example, require far less than a senior or lead pen tester, and this is a clear example of rising based on expertise and responsibility.

Whereas many businesses search for certificates and qualifications, some still rely on demonstration and proper experience and expertise, so persons with the skillset but don’t want to go through university or college to acquire a degree have possibilities for breaking into the field. However, it’s worth mentioning that in recent years, businesses have been increasingly interested in candidates with a relevant bachelor’s degree.

A penetration test necessitates the acquisition of fundamental skills.

To get started in the field, you don’t need a college degree from a prestigious university or even to be an offensive security certified professional. All you’ll need are basic technical abilities; however, if you have any employment experience in the cyber security business, that would also be beneficial.

However, you may need other abilities that aren’t included below, such as expertise dealing with online applications and computer networks in general. Web apps are prone to security flaws, thus knowing the fundamentals there may provide you with a better understanding.

The abilities listed below will help you begin to comprehend information security. We’ll start with one of the most important tools in a pentester’s arsenal: programming knowledge:

It’s also advisable to brush up on your common pentesting and application security tool skills, these are tools such as:

Areas you will need to research in order to begin learning how to hack:

So to conclude this post, penetration testing is more than just a simplified process and has many intricate aspects that require a fine tuned knowledge, however don’t let this stop you as you don’t need to go down those specialist routes and can be a basic pen tester 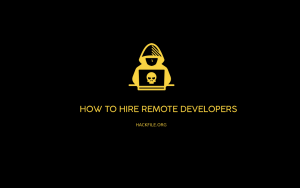